With record heat waves across the majority of the nation, sweaty smokers may be seeking a cooldown that doesn’t involve the typical frozen sweet treat. The bearer of this reprieve? Glycerin-filled  wholesale water pipes. The bright kind, the funky kind, the cool kind. These fun-filled, fluid-filled frigid smoking apparatuses are meant to be frozen for the user’s benefit, to cool the hit before it’s delivered. Let’s get into the nitty gritty icy details of the science and process behind using these glacial glass pieces.

Glycerin is a fatty byproduct of glycerol, a sweet-tasting, non-toxic substance that has a slew of uses in the food industry, medical and pharmaceutical industries, botanical industries, and ironically enough, in antifreeze! Glycerin is “less pure” than glycerol due to being mixed with other substances such as sodium, creatine, etc. for soaps, toothpastes, and even workout supplements that allegedly improve hydration and reduce fatigue. While this multifaceted wonder ingredient has applications far more involved than the simple sugar alcohol it is, not many would expect it to be found in such a niche field like smoking paraphernalia. So why is it used in these  water pipes in bulk? Why wouldn’t you just toss a piece of ice at the top of your beaker and call it a toke?

While ice is convenient and likely plentiful no matter where you are (we see you drought-ridden states), it melts, and while they’re called water pipes for a reason, it can still get unnecessarily messy. Glycerin on the other hand is contained within the water pipe itself, so the only preparation required is throwing it in the freezer a couple hours before the toke session. Sure, that might be more prep than finding an ice cube, but ice takes nearly twice as long to freeze as glycerin does – glycerin freezes at around 62 degrees Fahrenheit, and of course, water freezes at 32 degrees. Not only does glycerin take less time to freeze, it stays frozen longer and doesn’t melt. Pretty chill.

Some might argue that ice has the added benefit of a “filter”, reducing the amount of tar, resin, and other potential inhaled contaminants, however, ice filters more from a hit than you might expect. Independent studies have indicated that the potency of one’s legal smoking material may be reduced from using ice, so instead of a full puff of your desired material, you’re actually getting half or less of the strength you could expect without the ice. Interestingly enough, the same applies for the amount of the water in the pipe, which stands to reason as a smaller  wholesale water pipe would have a shorter path of resistance than a larger one that holds more water might. This might be why it’s so easy to go one toke over the line as less potent hits generally necessitate a greater number for one’s desired result, but moreover, this means that you can get the same or better cooling effect by the freezing element being kept behind the glass.

So what kinds of these glycerin smoking accessories are around, anyway? It seems that glycerin has permeated all sorts of different smoking devices but it is most commonly found in  wholesale glass hand pipes and water pipes. The glycerin can be colored or clear, coiled or uncoiled, frozen or unfrozen, the important part is that it’s there. The pipes featuring a coil offer a longer path from the hot and heavy smoking material to the user which usually cools the hit more than one without a coil might. Some  water pipes feature a removable coil section so that it may be frozen separately from the base, preventing damage and allowing tops to be frozen at different times and swapped. Glycerin is also found in dab straws, especially helping to cool the high temperatures required to smoke the concentrates. The only precaution there is to ensure that the torch lighter stays away from the freshly frozen glass as the extreme temperature change can adversely affect it (i.e. make it weaker and more susceptible to damage). However your customers like to chill, we try to have a selection as profuse as the sweat caused by a 100 degree day, so check out our freeze pipes  here and cool down. 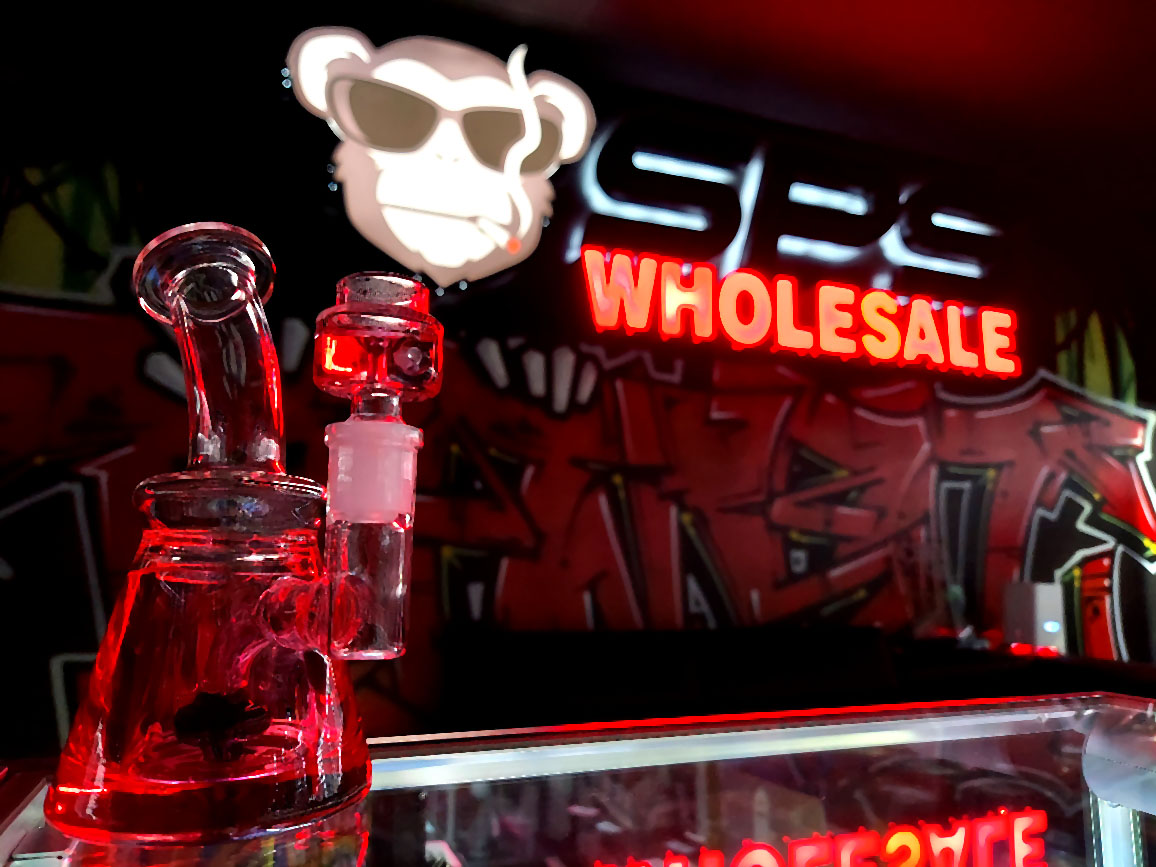