Everyone has heard of Leonardo da Vinci at one point or another, from his revolutionary Renaissance artwork to his state-of-the-art scientific contributions (pun intended) to how he became a ninja turtle. Valuing rationality, analytics, and observational skills, Leonardo embodied the humanist ideal of a time rife with exploration and wonder but riddled with limitations resulting in the inability to reap the benefits of his inventions. Leonardo, in this same world, simultaneously pushed the limits of artistic expression through the same logical and methodical approach he used in his work with anatomy, engineering, architecture and other technical subjects. DaVinci Vaporizers hopes to capture the same imagination and pursuit of engineering excellence as their namesake by relentlessly targeting perfection with a dedication to purity, innovation, and control in a world that finally has the ability to utilize and benefit from it. DaVinci’s drive is evident in their products, so let’s explore the profound results of their forward-thinking endeavors. 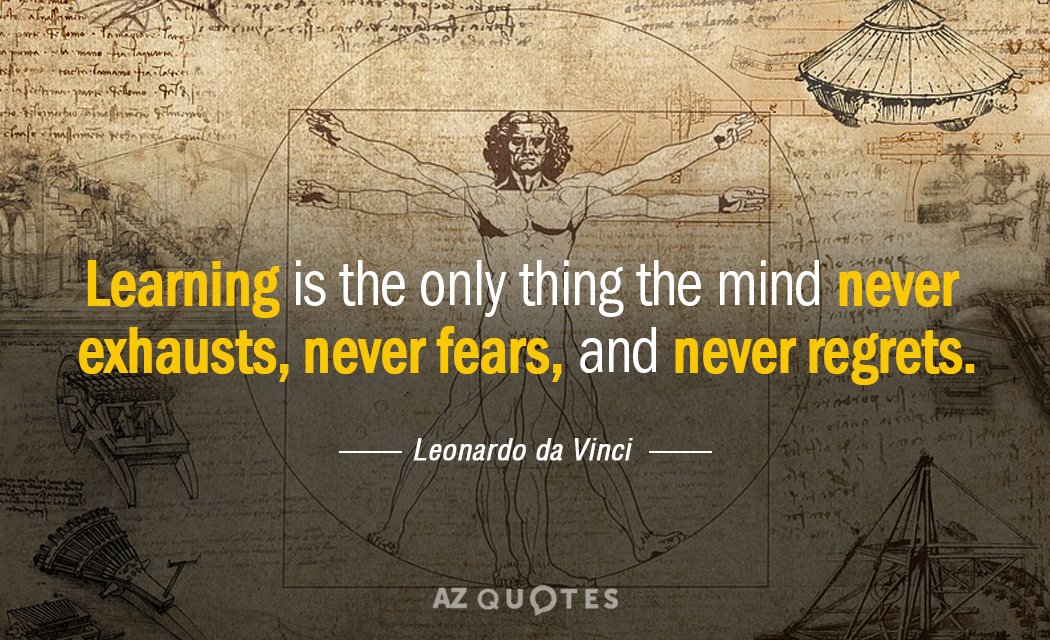 DaVinci values quality over quantity, which is why they have three core vaporizers under their umbrella, the IQ2, IQC, and Miqro. While it’s widely known and accepted that portable wholesale vaporizers allow for a healthier consumption of dry herb and concentrates, DaVinci takes their commitment to purity further than that by years of honing its’ component and hardware design and manufacturing. While this includes the overall workmanship included in each of their vaporizers, it also includes their medical-grade parts and materials and trademarked Clean First technology. Their progressive mindfulness in inventing an airtight glass and ceramic air paths within their devices ensures that each pull from a DaVinci vaporizer is free of impurities such as metals or other damaging toxins, making it safer and more reliable than others on the market. Echoing this model, their trademarked Smart Path Technology, available with the IQ & Miqro series, allows for precise control over the vaporizer’s temperature range and can be utilized to its fullest extent within their app. 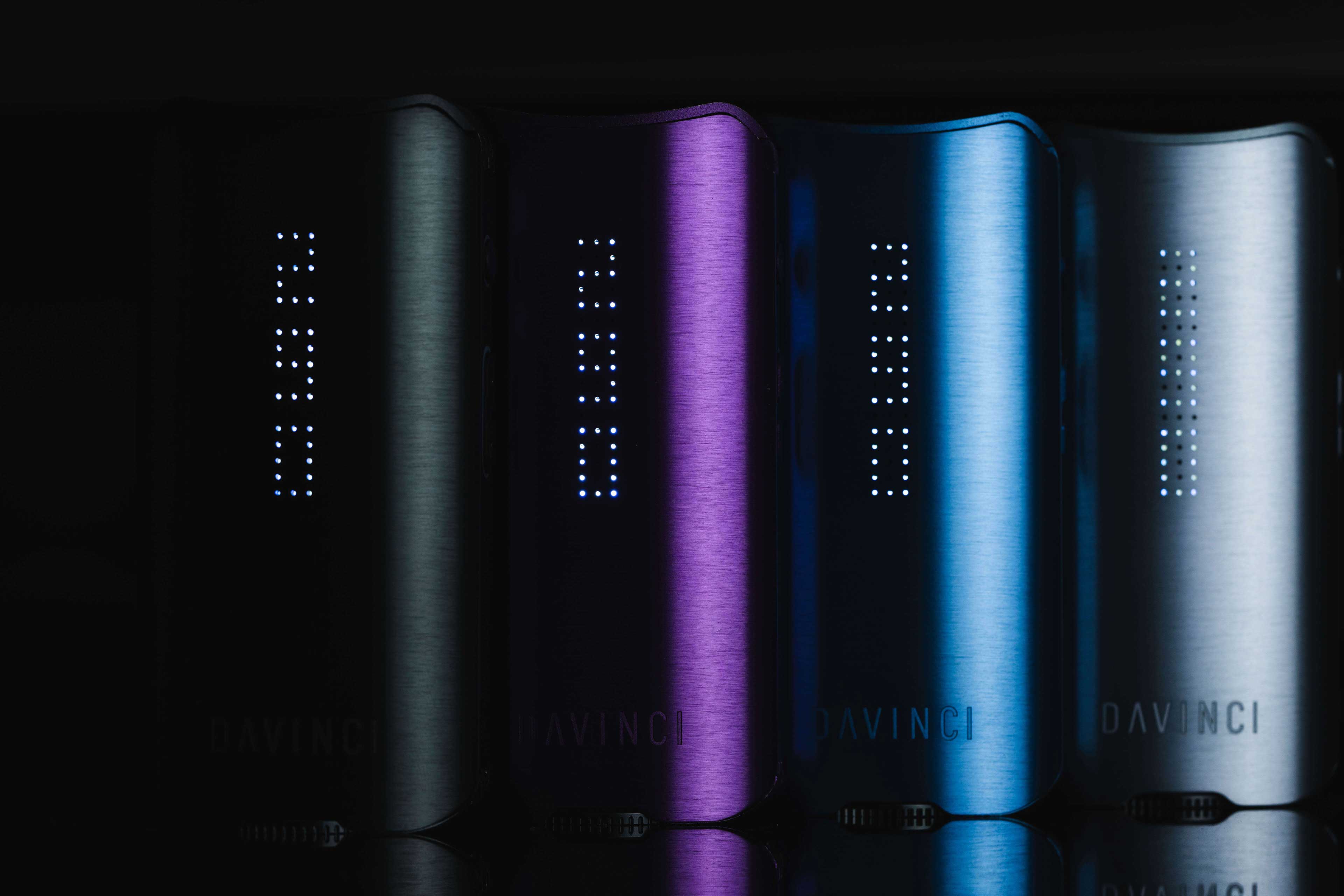 While Puffco may have helped spearhead the phone application movement for vaporizers, DaVinci’s ease of access has facilitated the refinement and advancement of it with On-Device Dosage. It’s so good that it’s patented. This emergent technology exclusive to the IQ2 DaVinci vaporizer allows the user to input all relevant dry herb or concentrate information, such as substance type and amount, into the device and it will not only heat up to the ideal temperature for the smoking material, it will also calculate and present how many milligrams of CBD (and other active components) was received in that hit. This kind of enhancement is essential for those seeking exact and accurate statistics on their usage. Don’t have that kind of time? Who does? The IQ series and Miqro series both include a Precision Temperature feature that allow for on-the-go temperature control, without pressing any buttons. It also enables the user to experiment with temperatures ideal for their individual usage, from targeting certain cannabinoids to mixing materials to aiming for a heavy hit. 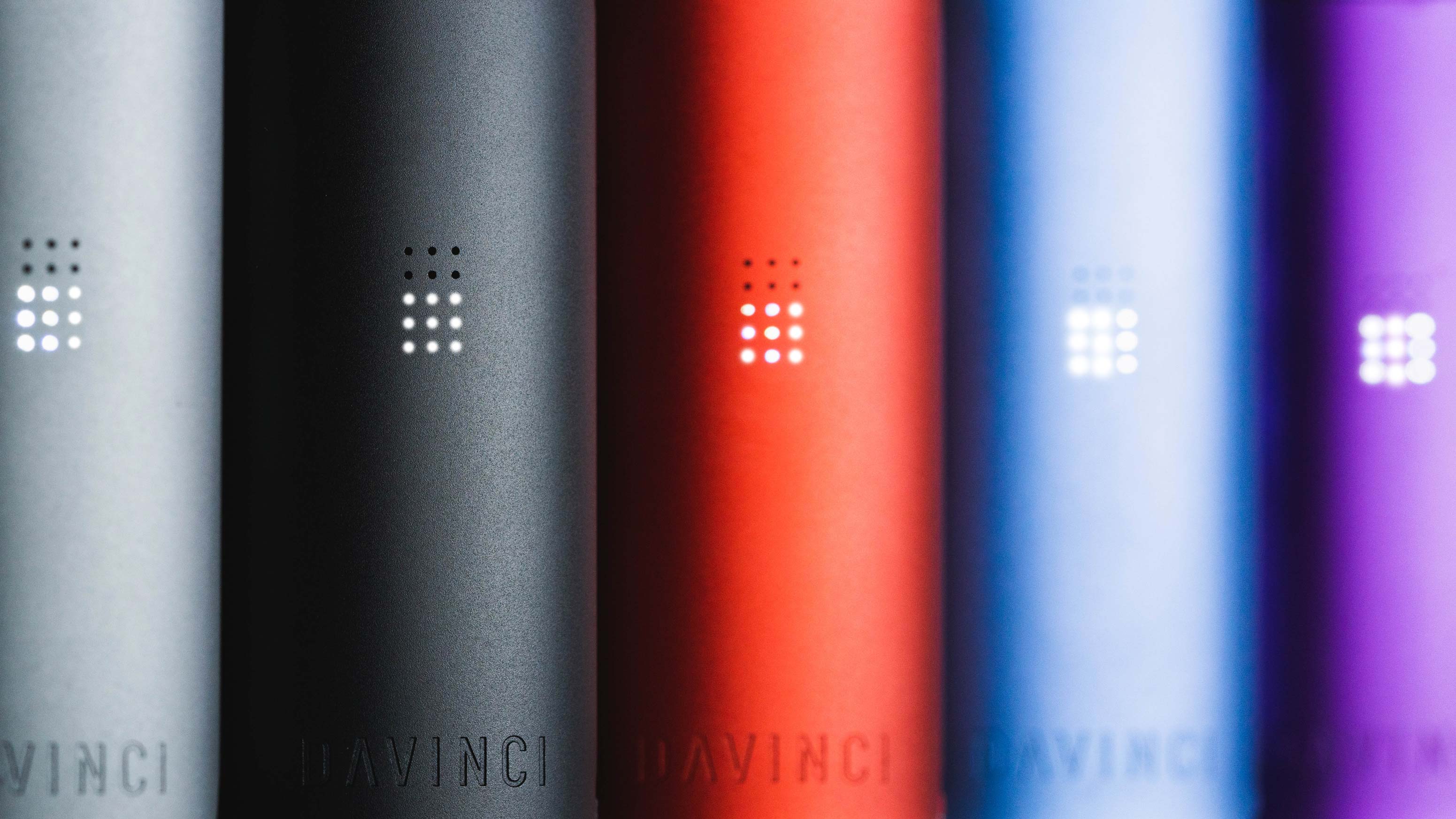 How else can you take this heavy hit? What will save your lungs from nearly irreparable damage after such a heavy hit? DaVinci is one step ahead of you there, humble reader. Boost Mode is currently available on all of their vaporizers (IQ2, IQC, and Miqro), and it sure does lift our spirits. Designed for use with dry herbs, the Boost Mode ignites the vaporizer to it’s hottest temperature and is intended as the grand finale to a smoke session. The vaporizer will cool down upon release of the power button, but the Zirconia vapor path (included on IQ2 and Miqro vaporizers) creates up a 50% cooler vaping experience, causing less irritation to the lungs and a more relaxing smoke without any detriment to the desired effects of the dry herb or concentrates being smoked. Following suit with this concept, their conduction style of heating allows quicker heating and less material use as none of it is coming into contact with the heating element all while also improving flavor. It’s rare to find such a small, efficient oven (or dosage pod) as the ones within DaVinci vaporizers.

Much like art historians spoke of the real Da Vinci, the technology its’ successor displays yearns for the infinite, is naturally refined, and is ahead of its’ time – exhibiting a universal vaporizer genius. While they may not have reached the “towering” stage of talents and abilities, they’re well on their way. Though Da Vinci’s art may be in galleries across the world, we think it would be appropriate for DaVinci Vaporizer’s handiwork to be in smoke shops, head shops, convenience stores, and gas stations across the nation, on display for the amateur and the connoisseur to behold. We’re lucky to have handled devices that possess such technological prowess and astute innovation but we are especially lucky to be able to bestow that upon you and by extension, your customers. Shop the line of little geniuses here. It's Leonar-do, not Leonar-don't, after all.